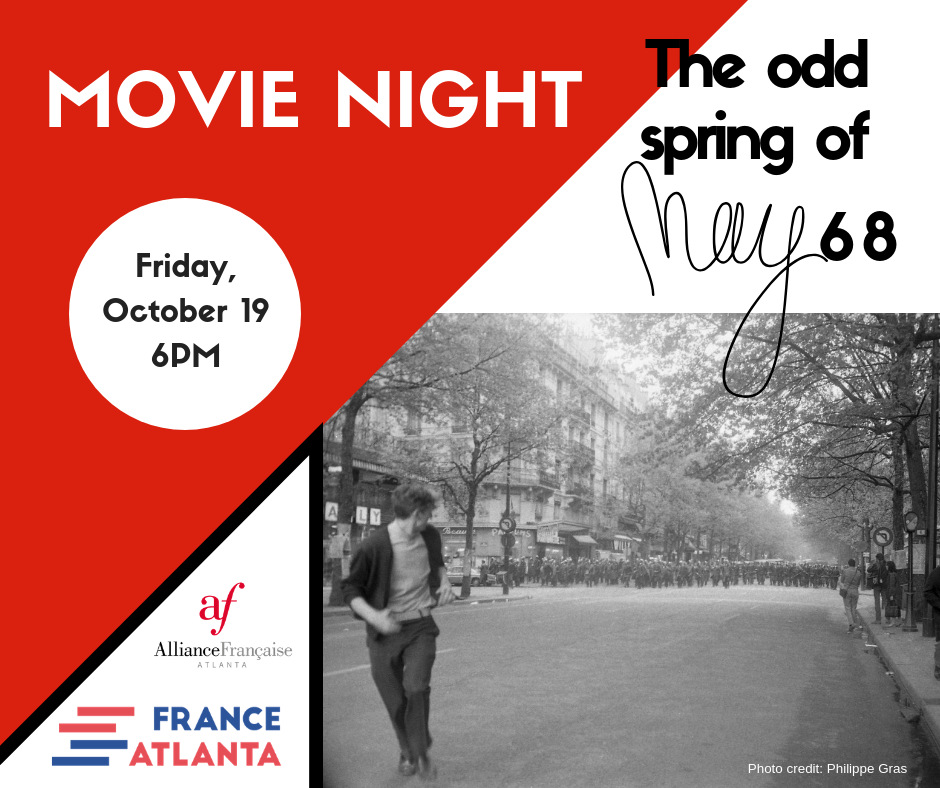 Those interested in France’s iconic May 1968 protests will get a double dose of the demonstrations that rocked the nation.
First, visitors can view more than 40 never before seen photos by photographer Philippe Gras, whose images simultaneously reveal the uncertainty and hope that characterized the movement. The photos, which are on display in the University of Georgia Circle Gallery, were discovered after his death in 2007. Meanwhile, the Alliance Française d’Atlanta will screen filmmaker Dominique Beaux’s “The Odd Spring of May 1968,” a beautifully woven series of interviews which tell the story of the protests through the eyes of politicians, police and those “on the other side of the barricade.” More info

This event is co-organized by the UGA Willson Center for Humanities and Arts, the UGA Circle Gallery, the UGA College of Environment and Design, the Alliance Française d’Atlanta, the Institut Français, the Association des Amis de Philippe Gras, Films des Quatre Planètes and the Cultural Services of the French Embassy.