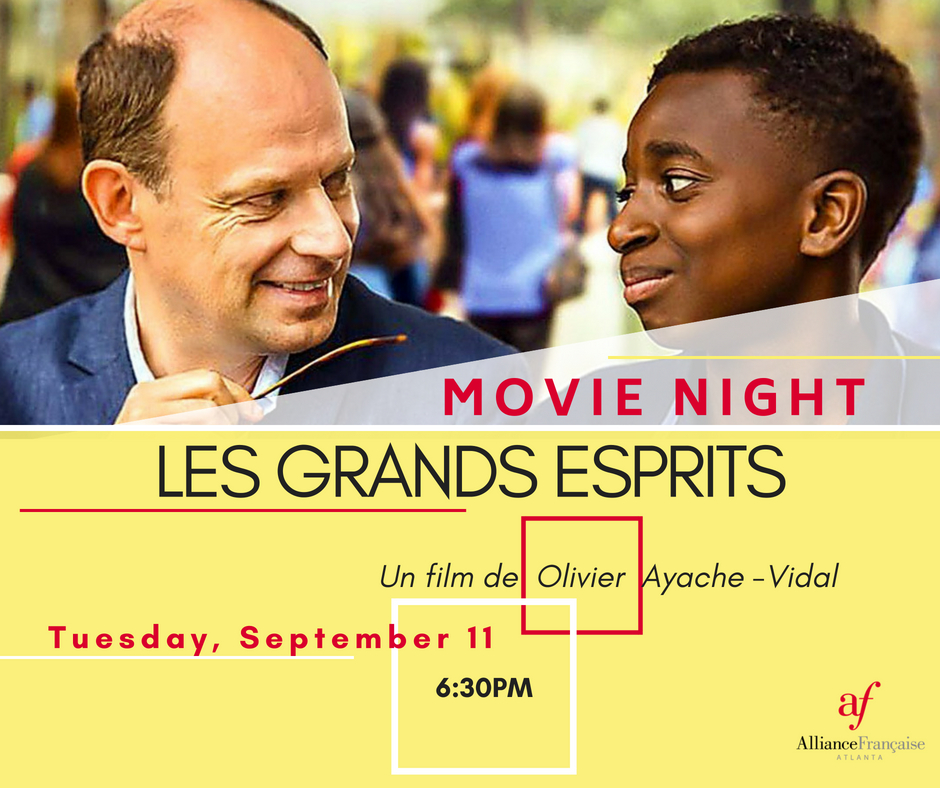 ”It’s difficult to find a new twist on the hackneyed classroom drama and Ayache-Vidal relies on the talent of his two lead actors to hold the audience’s interest. Denis Podalydès of the Comédie-Française is exceptional as the unadventurous classics teacher at one of France’s high achieving public schools while newcomer Abdoulaye Diallo displays a winning vulnerability which bodes well for his future career. There are no surprises. Two people from the opposite ends of the social and academic spectrum are thrown together and both learn something new from the experience. There is a racial and a class element to Les Grands Esprits, but Ayache-Vidal is more interested in dissecting the role of the teacher and the relevance of today’s teaching methods for students living in a changing world.

Francois (Podalydès) is a teacher at Henri IV in Paris, considered one of the most demanding secondary schools in France. After a chance remark at a dinner party, he is transferred to teach in a tough school in a Parisian suburbs.  And soon finds the teaching methods he used to teach a class of attentive motivated teenagers are vastly out-of step with a group of disadvantaged pupils.

While focusing on the relationship between Francois and Seydou, Ayache-Vidal manages to hold a debate on the fault lines in the French education system. There is some sympathy for overworked teachers who lack the support of not only the education authorities but often the pupils’ parents as well.  And he doesn’t hold back in criticising methods of punishing pupils which are outmoded, inappropriate and counterproductive. But the real reason to watch is Podalydès who manages to display a warmth and understanding of the challenges his students face without being patronising or schmaltzy. This is a gentle, gem of a film.”  by French cinema review